The current version of CASCADE-TOXSWA can simulate the transport of a tracer in a system of coupled watercourses. The model has been parameterised for the area of Klazienaveen-Zwartemeer in the North-East of the Netherlands. The hydrology of this area has been calculated by the SWQN model (Smit en Siderius, 2009). Using the SWQN output for this area, the CASCADE-TOXSWA model can calculate the fate of a tracer for any drift deposition pattern as calculated by the CASCADE-Drift model. As an example, the model has been used to calculate the fate of a tracer deposited on a single water course in the CASCADE example area (Klazienaveen-Zwartemeer, see areal view below).

The application date of the tracer is set at 7 April and the simulation period is from 1 April to 31 July. The results of this run can be viewed by clicking on the graph. On the x-axis the distance is given from the upstream end of the watercourse with a loading due to drift towards the outlet point of the CASCADE example area. The black vertical lines in the upper bar represent junctions of water courses. Merging water containing the tracer with water without tracer results in dilution, so concentrations can drop strongly across a junction. Note the concentration on the y- axis is on a logarithmic scale. 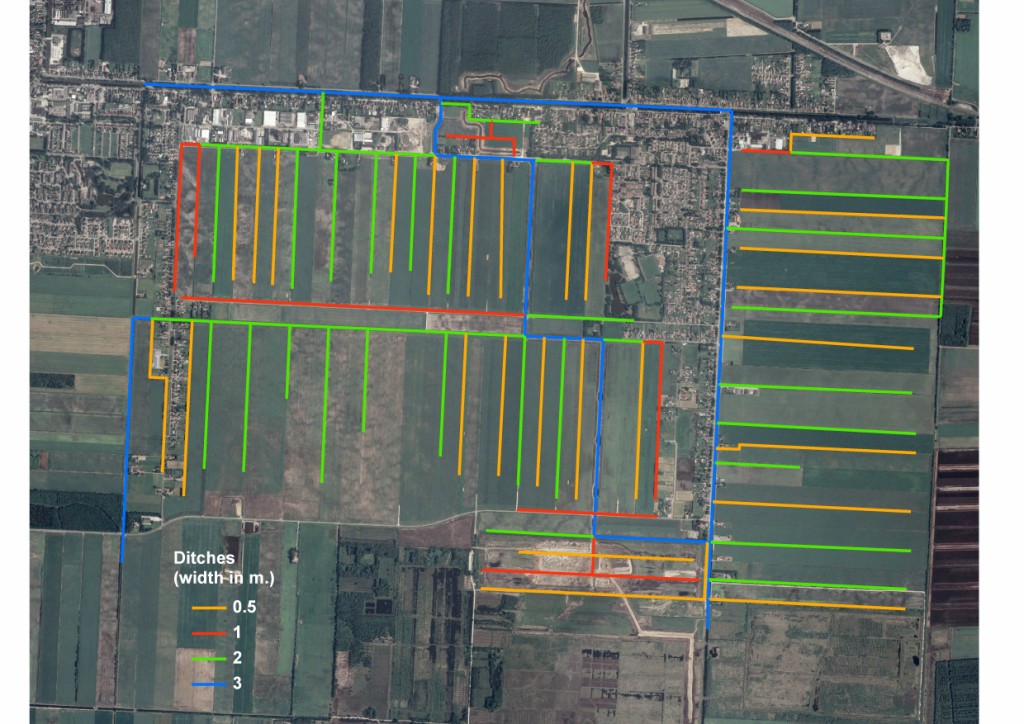