To test the pesticide fate module of CASCADE a field test was performed. In the test we studied the dilution and fate of three compounds in a network of watercourses situated in the Bommelerwaard polder in the centre of the Netherlands. We quantified the effect of mixing of water of a treated ditch with water without pesticides from lateral ditches. The tracer bromide ion and the active ingredients nicosulfuron and prosulfocarb were applied to a 50 m stretch of a watercourse. At 25 m downstream and at 300 m downstream concentrations were continuously measured up to three days after the application using flow proportional sampling equipment. Grab samples of water were taken at three locations.

Sediment was sampled in the treated ditch and at two locations downstream of the treated ditch. Water levels and flow rates were continuously measured during the test period. The water management is governed by a pump, draining the polder to maintain the water level between pre-set values. Between the 50 m and 300 m measurement points, water from lateral ditches flowed into the downstream parts of the treated ditch. Reporting of the study is in progress. The results of the test will be used to test the fate module of CASCADE. 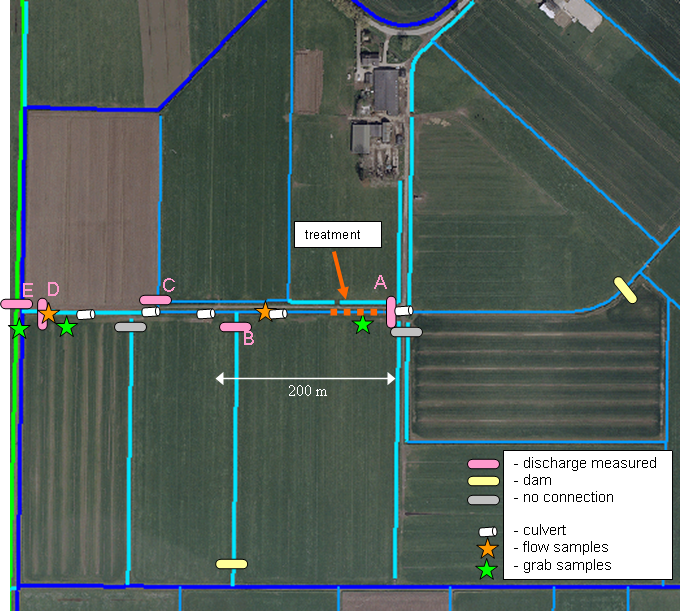 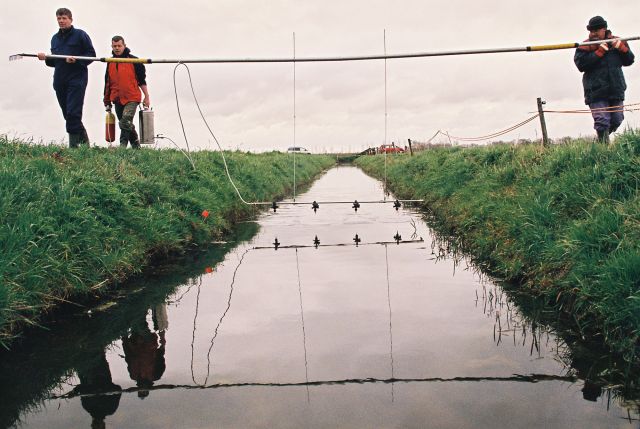 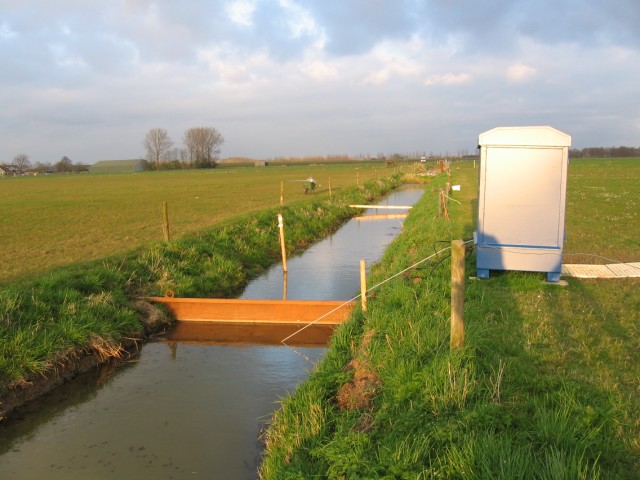