The Dutch decision tree on leaching from soil has been re-designed to be more in line with EU guidelines on the assessment of the leaching potential of substances. EU procedures aim at protecting groundwater against contamination with pesticides above the level of 0.1 µg/L, with special regard to the groundwater as a source for drinking water. The Netherlands has adopted the following operational criterion: The long-term median concentration of an active ingredient or its relevant metabolites at 10 m depth should not exceed the value of 0.1 µg/L under at least 90% of the area of potential use of the substance. The decision tree consists of three tiers:

An overview of the new decision tree for the evaluation of pesticide leaching from soils is given in RIVM report 601450019 .
The decision tree was evaluated by assessing the leaching of bentazone, MCPA and mecoprop to groundwater, using the new proposals for evaluating sorption and degradation studies (Boesten, et al. 2015 ) and published in RIVM Report 2015-0095 .

Tier 1 of the decision tree

In tier 1, the FOCUS Kremsmünster scenario is used to distinguish substances with a small or negligible risk of leaching from substances with some leaching potential on the basis of basic dossier information. The evaluation in the first tier is without regard to the area of use. Tier 1 is skipped if one of the following criteria is met:

Leaching estimates can be obtained with the FOCUS PEARL model.

Tier 2 of the decision tree

The second tier of the decision tree evaluates in greater detail whether a substance, which according to the evaluation in the first tier has some potential to leach to groundwater, indeed has a potential to leach to groundwater above the threshold level. The second tier is described in section 2.3.2. of RIVM report 601450019 , and can roughly be divided into two parts:

Tier 3 of the decision tree

Tier 3 considers the behaviour of the substance in the water-saturated zone of the soil, i.e. the zone between 1 and 10 m below soil surface. A substance enters Tier 3 when the target concentration as calculated with GeoPEARL at the end of tier 2 was above 0.1 ug/L or when monitoring in the uppermost groundwater showed a concentration above 0.1 ug/L. Tier 3 is divided into two major parts: 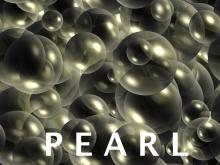